Christening ceremony of the tug 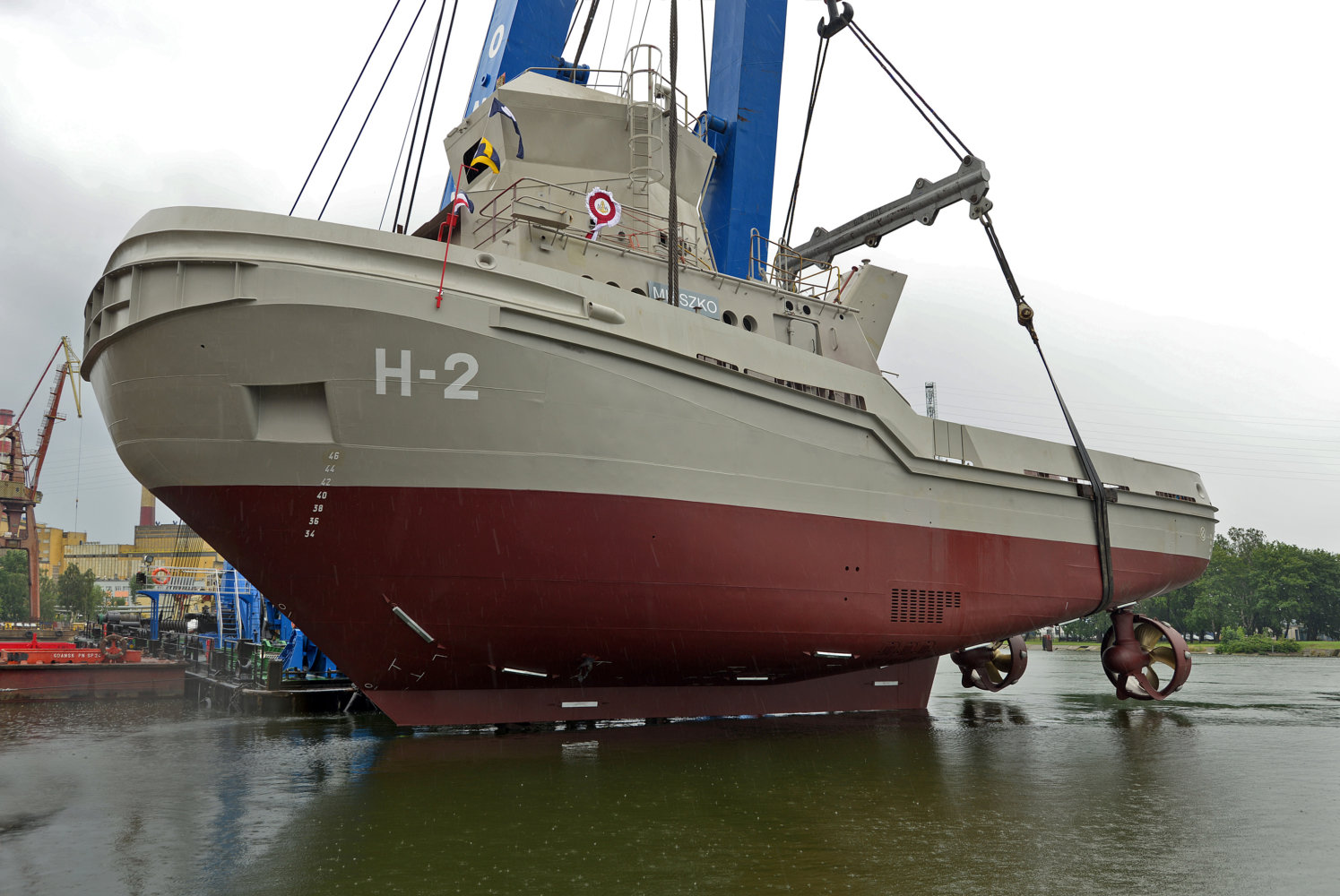 On Monday, 8 July 2019, in the Remontowa Shipbuilding SA, the christening and launching ceremony of the H-2 tugboat built for the Polish Navy took place. She received the name Mieszko.
As far as tugboats are concerned, Mieszko is the third in a series of tugboats.
Today’s ceremony is a consequence of the contract signed in June 2017 for the construction of six tugboats for the Polish Navy. Five of them are under construction at various stages of advancement. The first two vessels, which received the names Bolko and Gniewko, are already being equipped.
Tugboats are designed, among others, for: combat security and logistic support at sea and in ports, carrying out activities related to technical evacuation, support for rescue operations, transport of people and supplies, neutralization of pollution and taking torpedoes out of the water.
The ice class of the tugboats will allow them to operate in harsh ice conditions accompanied by icebreakers. The units will be able to transport groupage cargo with a total weight of up to 4.0 tons on an open deck.