First hoisting of the Polish Navy flag on „ORP Kormoran” 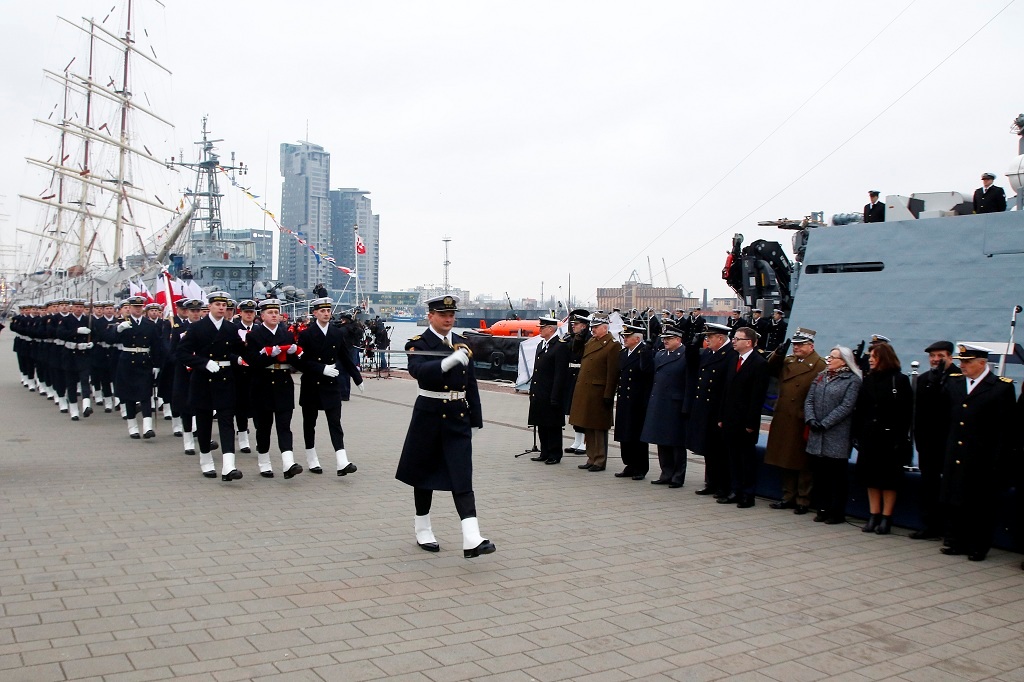 The ceremonial, first hoisting of the Polish Navy flag on „ORP Kormoran” took place on 28th of November 2017. The ceremony was attended by General Command of Branches of Armed Forces, the leadership of the Armament Inspectorate, regional Authorities and representatives of shipbuilding industry.

The ship, was built by consortium of Remontowa Shipbuilding S.A. (leader) and Ośrodek Badawczo-Rozwojowy Centrum Techniki Morskiej S.A. (CTM). The author of the project is design office – Remontowa Marine Design and Consulting, member of REMONTOWA HOLDING S.A.. We would like to thank all companies taking part in this project.