Fourth ferry for BC Ferries 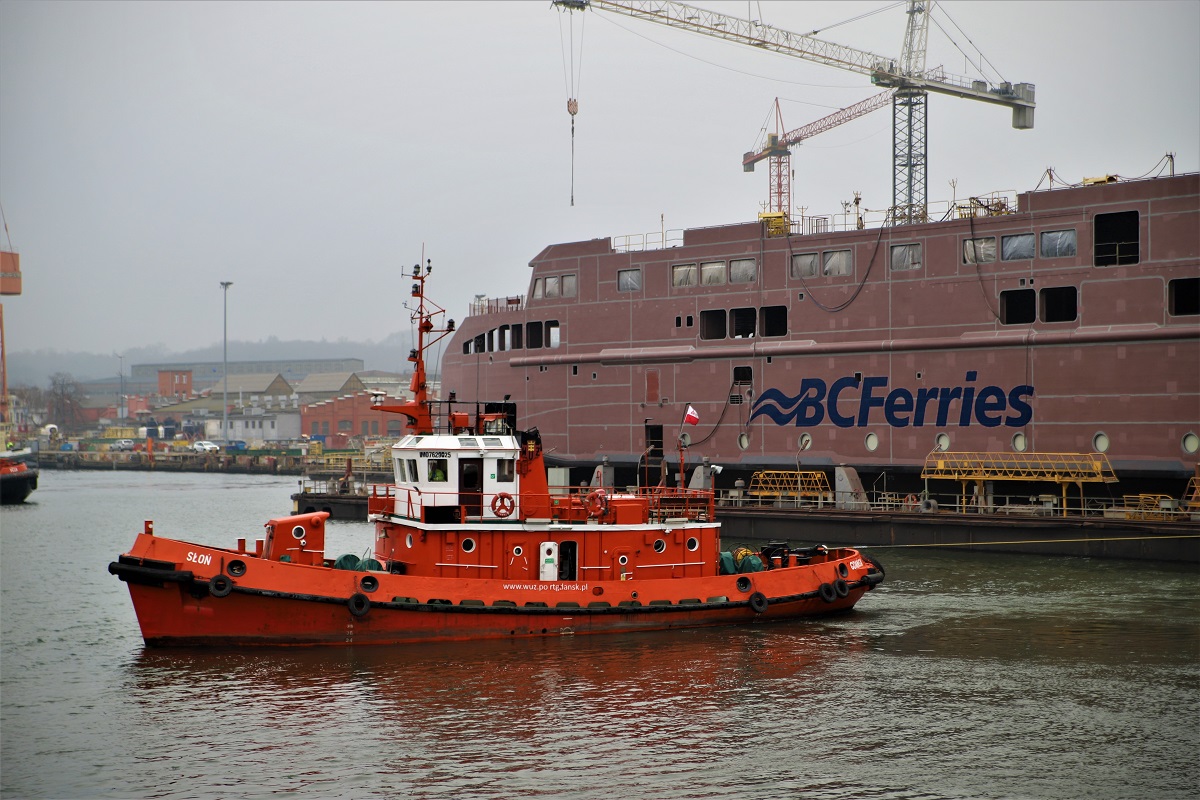 On Saturday, December 19, the fourth in a series of Salish class ferries, powered by liquefied natural gas, was launched with a floating dock at Remontowa Shipbuilding SA of Remontowa Holding Group. It is due to be handed over to the owner BC Ferries next year.

The construction of the double-sided car-passenger ferry is being carried out under a contract signed on November 1, 2019. The contract was authorised on 20 December last year, and already at the beginning of February this year the burning of the first steel plates, took place, while on 26 March the keel was laid for the construction of the vessel.

The separate steel sections had been put together into three blocks, which were then assembled into the complete hull. Two of the blocks were built on the shipyard’s own assembly line equipped with a 300T gantry crane. The third block (the stern one), was built on at the facilities of Holm Construction Ltd, a company belonging to the Remontowa Holding capital group.

Simultaneously with the construction of the hull, prefabrication of the superstructure block was carried out by the Gdańsk Shipyard (Baltic Operator). The vessel has already been fitted with the necessary systems and equipment, which had to be installed before launching.

The ferry to be delivered in 2021 will replace the ferry Mayne Queen and will operate, together with the Queen of Cumberland, the Swartz Bay – Southern Gulf Islands line in the province of British Columbia in western Canada. Its home port will be Victoria.

Remontowa Shipbulding SA has already built and delivered three such vessels in 2016-2017: Salish Orca, Salish Eagle and Salish Raven. These were the first LNG-powered ferries in the BC Ferries fleet and among the firsts with this type of fuel in North America. Thanks to the innovative propulsion, the vessels emit up to 25 per cent less of carbon dioxide, above 85 per cent less of sulphur oxides, 50 per cent less of nitrogen oxides and 99 per cent less of particulate matter compared to propulsion based on conventionalmarine fuel.

It is one of the most innovative ferries in the world in this class, entirely designed by Remontowa Marine Design & Consulting and built with numerous contributions from Remontowa Holding Group companies. The ferry is one of 10 fully-equipped vessels currently being built in the Remontowa Shipbilding yard.