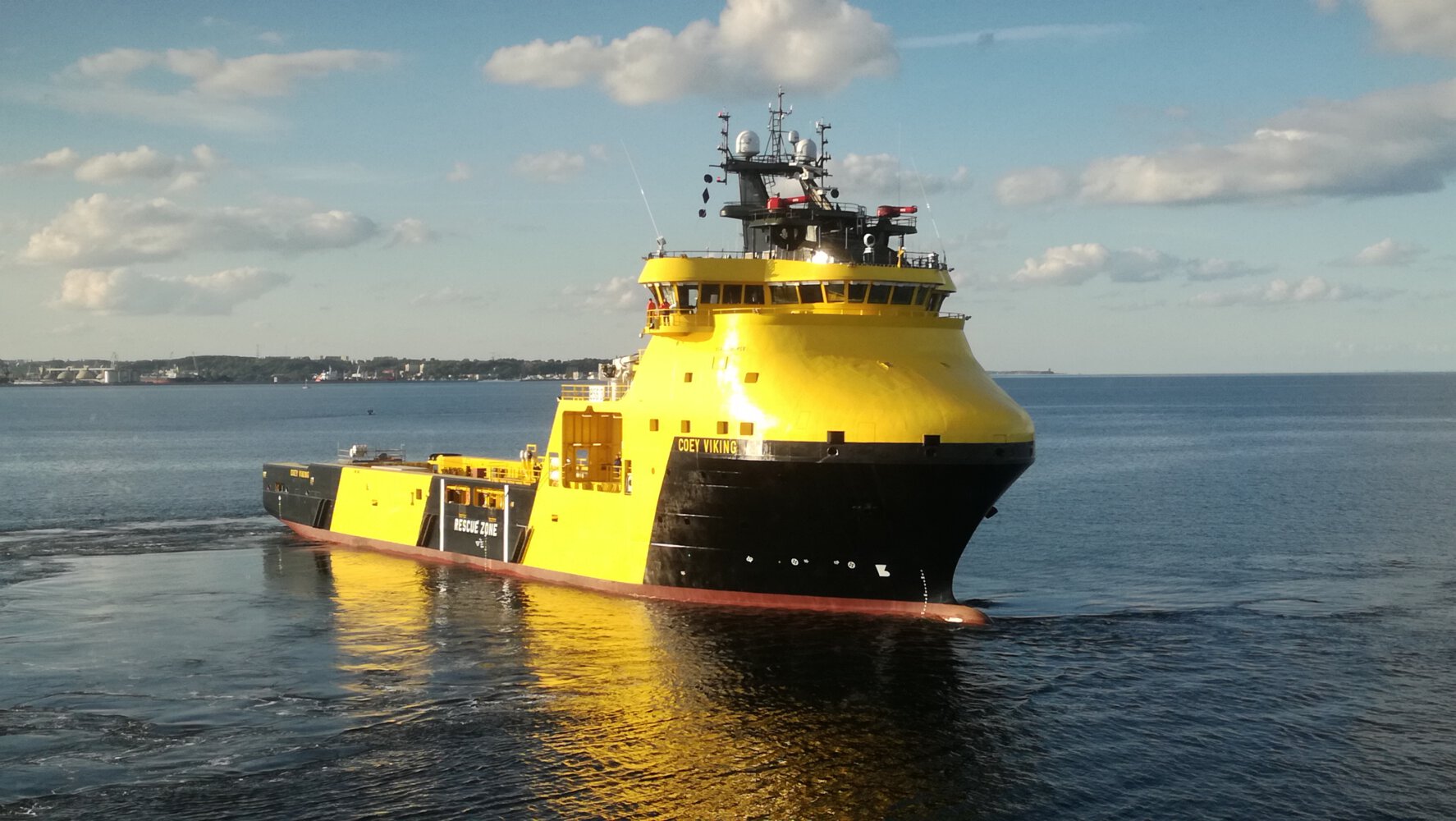 On Saturday the 10th of October, Coey Viking and Planet I sailed out for sea trials. Both ships are being built in the yards of the Remontowa Holding group.

Coey Viking  was the first one to depart from Remontowa Shiprepair Yard.  It is one of the two modern Platform Supply Vessels, built for the ship owner Viking Supply Ships AB.

– The sea trials of the ship started according to the schedule. This is the last stage of the construction process, aimed at checking all the ship’s general systems in sea conditions with emphasis on those responsible for efficiency and safety – explains Bartosz Znyk, Project Director from Remontowa Shiprepair Yard SA.

Since the Coey Viking can run on LNG or MGO being also equipped with a battery pack solution, the tests consist of a combination of engine load values, with different power supply sources. Together with the engines, the efficiency of the thrusters is checked, as well as the measured response time of the ship to commands given from the bridge. The sea trials are carried out by the shipyard with the assistance of the main systems technicians (to synchronise and calibrate the equipment), under the DNV-GL surveillance and representatives of the Norwegian Maritime Authority (NMA) and the shipowner.

A few hours later Planet I sailed out from Remontowa Shipbuilding for sea trials. The sea trials of the Planet I are in two stages. During the first one, scheduled for 5 days, all equipment and systems with which the unit is equipped will be checked and tested. The second stage is the calibration and testing of a hydrographic equipment.

– In the following days we present the functionality and capabilities of the ship’s deck equipment, radionavigation and radio communication systems to the Customer – says Piotr Paczuszka, the Test Manager from Remontowa Shipbuilding SA, who is responsible for the coordination of the work and the implementation of the test program according to the schedule.