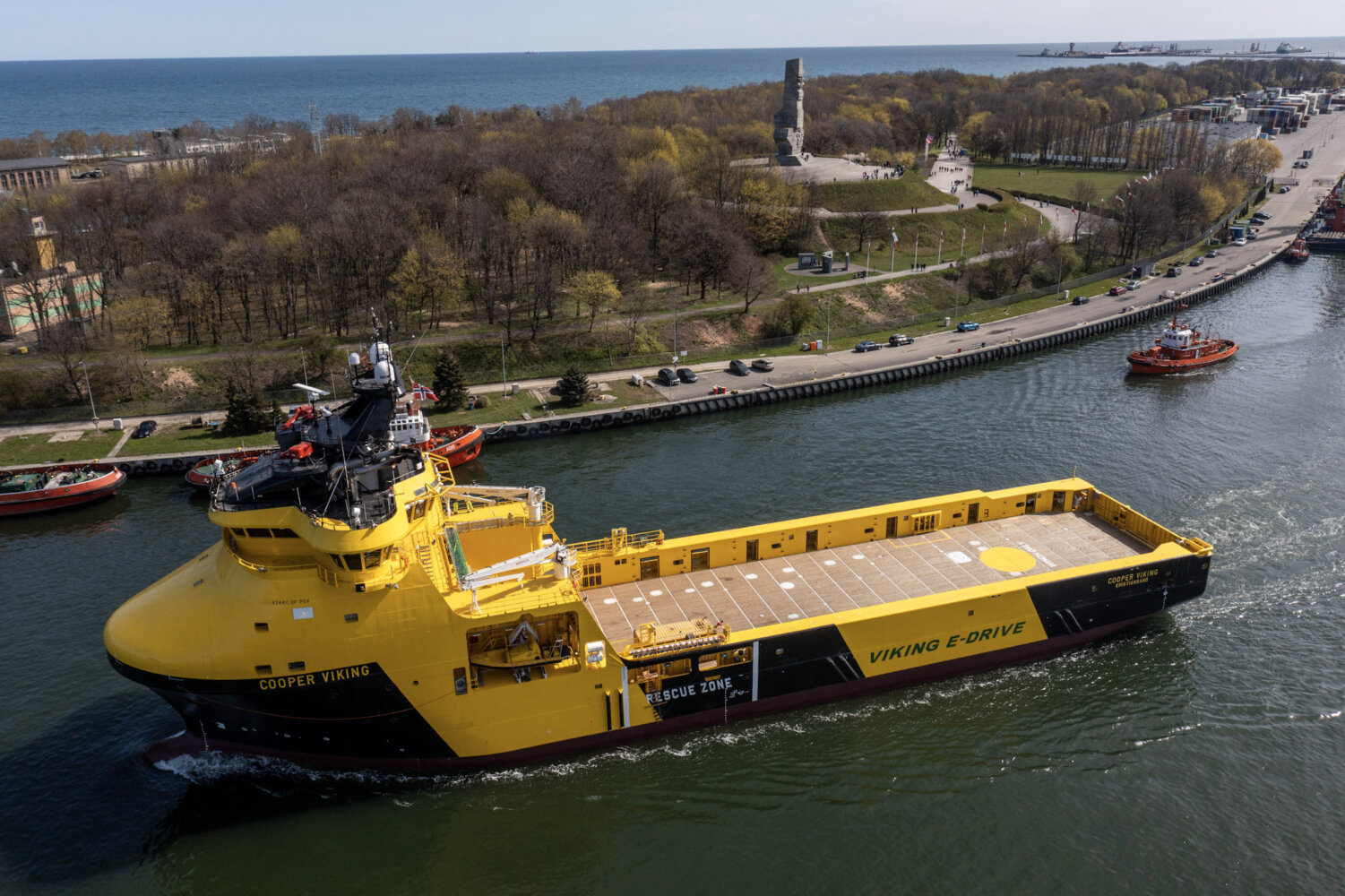 A series of multipurpose specialist Platform Supply Vessels ordered by Borealis Maritime and to be operated under the technical management of Viking Supply Ships AB, has been successfully delivered to the Owner.

The Cooper Viking was officially handed over on April 15 this year and will soon begin regular service in the Norwegian sector of the North Sea, following mobilisation.

The ship is designed to operate in the offshore industry and is the last PSV recently delivered by REMONTOWA Shipbuilding during the COVID-19 pandemic.

The Cooper Viking meets the highest environmental standards. She is a dual-fuel ship powered by LNG or light marine oil – MGO in a gas-electric propulsion system. Additionally, a battery power system has been installed onboard, which places her high amongst the most modern ships with electric hybrid propulsion. The battery pack allows to significantly reduce fuel consumption and emissions of harmful substances into the atmosphere, and to comply with the restrictions on noise standards when in port.

The new PSV is equipped with a DP 2 system that ensures the vessel maintains its position in winds in excess of 35 knots and wave heights of up to 4m. The ship also has a system for fighting foreign object fires classified as Fi-Fi -2 as well as for fighting oil spills certified according to NOFO regulations.

The vessel, built to a modernised design of Wärtsilä VS 4411 DF and classed by DNV flies the Norwegian flag.

REMONTOWA Shipbuilding , once again entered on the list of its references, the project representing a high position and relevant competence in the offshore sector and offshore wind farms, whose construction process in world markets has already begun and is certainly another opportunity for the shipbuilding industry in our country.