Sea trials of an electric ferry ‘Festøya’ for Norled 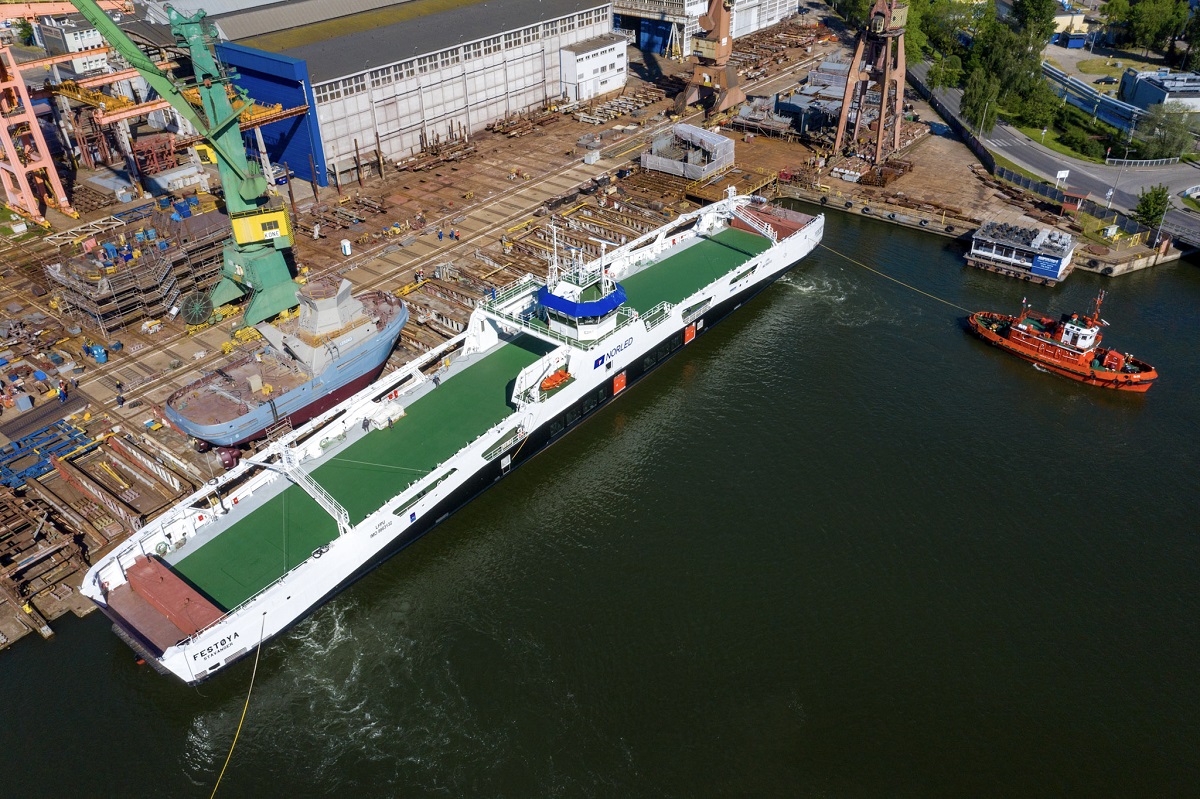 – The ferry has sailed today in technical tests, during which, since it is a prototype ship, we will check the efficiency of the systems – said Piotr Alboszta, project manager, adding that the proper tests will begin tomorrow with the participation of the shipowner and representatives of the DNV GL. Tests will last about a week

The modern battery-powered double-sided ferries will be sailing in the Norwegian fjord area and will operate on the Festøya – Solavågen and Mannheller – Fodnes routes.

Work on the three other units are well advanced.

LMG Marin design office is responsible for the project, and the working documentation of Marine Design & Consulting from the Remontowa Holding group.

Each of the ferries will be equipped with two azimuthal thrusters with electric motors and two generator sets. In the standard mode of operation all power will be drawn from batteries, which will be recharged during the berth at the quay, which is to last only several minutes. A quick recharging system will be used here from the shore, of the plug type, ensuring that the required battery charge level is maintained. It will be integrated with an automatic mooring system (vacuum type), which will hold the ferry at the quay and give a “green light” to start the charging process.

The above mentioned generator sets on board the vessel, whose engines will run on 100% bio-diesel fuel, also ensure that the vessel can operate in hybrid mode. The ferry’s propulsion is also to be very effective. The thrusters will be units of the “pulling” type. (pulling type) with built-in electric motors.

Norled’s fleet consists of about 80 ferries, six of which were built by Remontowa Shipbuilding SA, i.e. after delivery of the currently built units, the number will increase to ten. Among them are Ryfylke and Hardanger, both delivered in 2013, which are the first vessels in the world not taking diesel fuel on board – the ships are powered by LNG and in case of CNG failure (stored in cylinders on open deck).