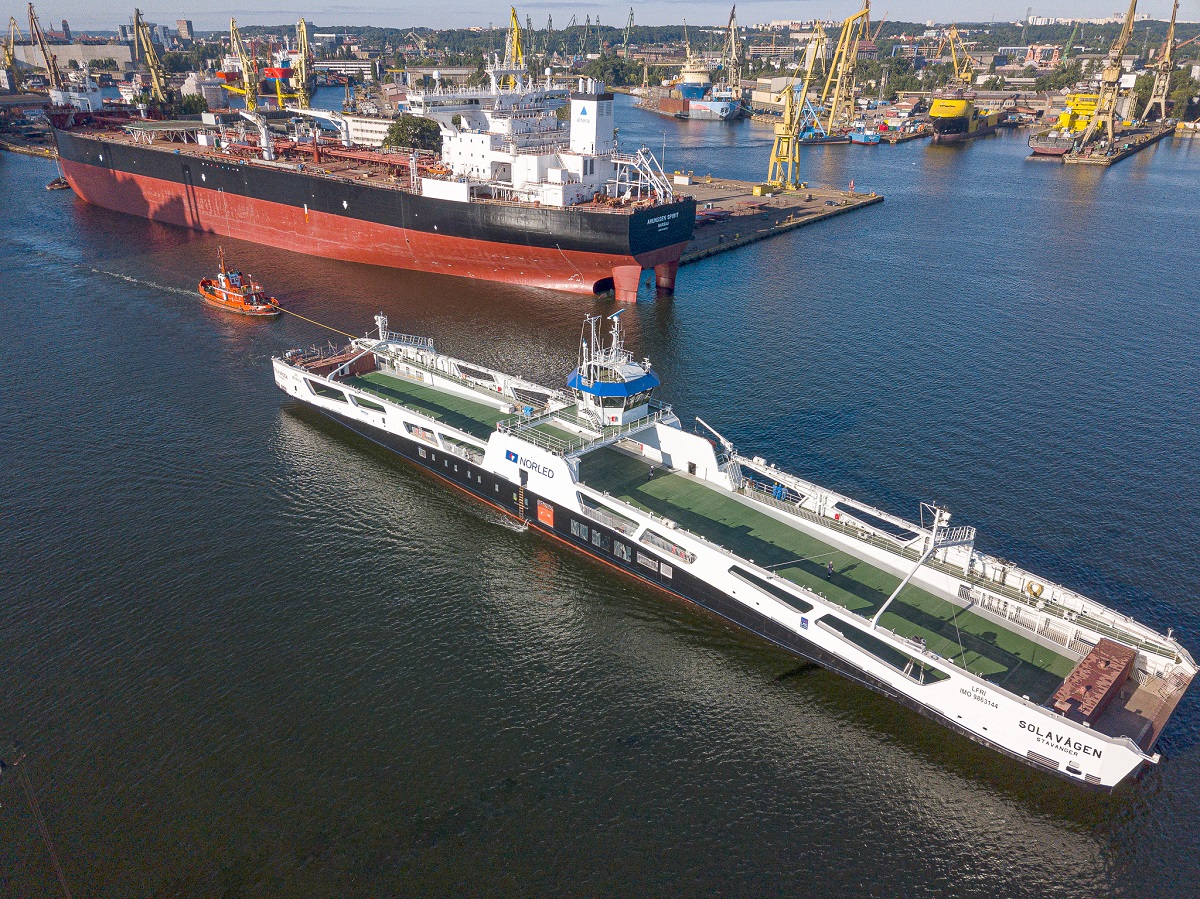 On Saturday, 1 August, Solavågen (B619/2), the second in a series of four electric passenger/vehicle ferries, built in Remontowa Shipbuilding SA from Remontowa Holding capital group for the Norwegian shipowner Norled, began sea trials.

Under the contract, four such vessels are being built in Remontowa Shipbuilding SA. Modern double-sided, battery-powered ferries will be sailing in the area of Norwegian fjords and will serve the connection between Festøya – Solavågen and Mannheller – Fodnes. At the end of June this year the first ferry was handed over to the shipowner, which entered the Festøya-Solavågen line in mid-July.

On ferry number three there is still equipment work in progress. The vast majority of cable works have been carried out. As far as vessel number four is concerned, the burning of technological inserts, installation of equipment, continuation of hot works and in the second half of August cable laying is planned.

The design of the ferries was carried out by LMG Marin design office and the working documentation of Marine Design & Consulting (RMDC) from the Remontowa Holding group. Other companies of this group are also involved in their construction (Repair Electrical Solutions, Repair Hydroster Systems, Repair Coating & Equipment and Repair Lighting Technologies).