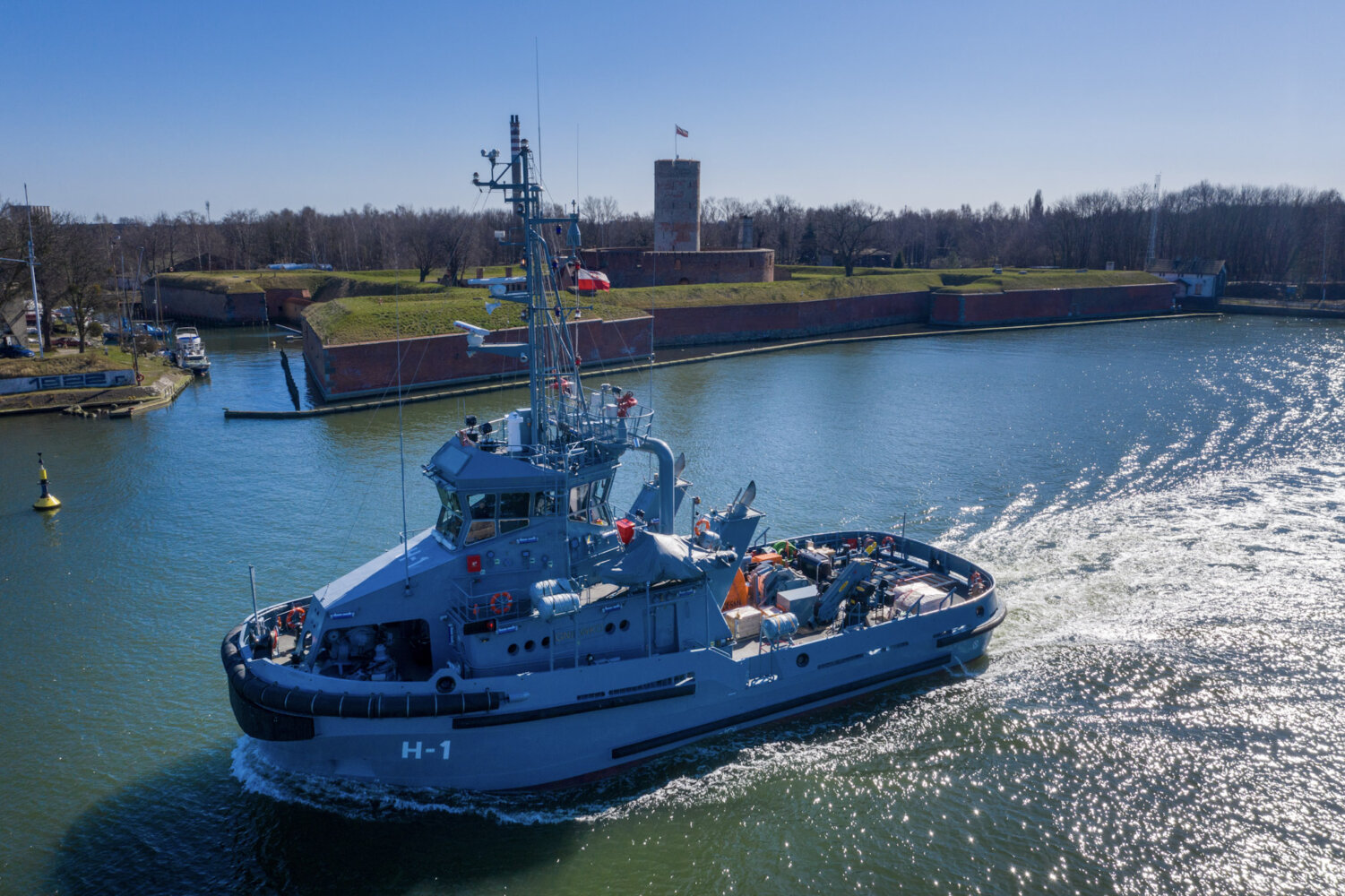 Today in Remontowa Shipbuilding SA took place the signing of the acceptance protocol of tugboat Gniewko (H-1), the second in a series of six tugboats for the Polish Navy under the contract signed in June 2017. Today, the vessel has picked up from the shipyard’s quays and is currently mooring at the War Port Headquarters in Gdynia.

The B 860 type tugboats will be dedicated for both logistical support tasks at sea and in ports, as well as for activities related to technical evacuation, support of rescue operations, passenger transport and supplies, neutralisation of pollution and taking dangerous materials from water. The ice class of tugboats will allow for their operation in severe ice conditions accompanied by icebreakers. The vessels will be able to transport on the open deck general cargo of total weight up to 4.0 t. For towing work, the vessel is equipped with towing lifts with a pull up to 35 t.

The unit will supply the fleet of the Support Ships Squadron, which is a part of the 3rd Ship’s Fleet, stationed in the War Port in Gdynia.

Currently Remontowa Shipbuilding SA , next to two mine destroyers, is building four more B860 type tugboats for the Polish Navy. Apart from H-1 Gniewko, H-2 Mieszko and H-3 Leszko will also be delivered to the 3rd Ship’s fleet in Gdynia.