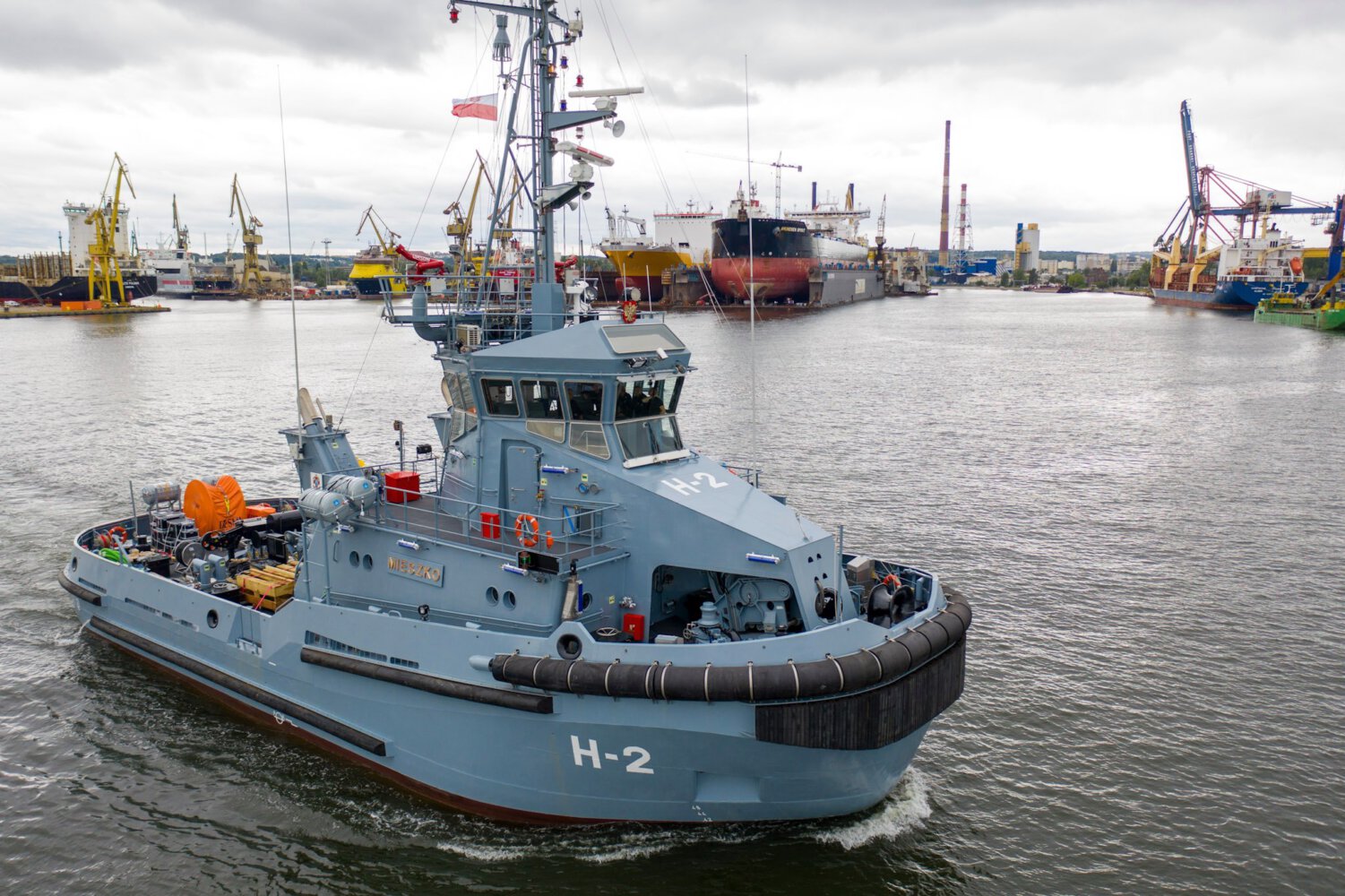 On July 13th, 2020, the Acceptance Protocol of the third of a series of H-2 MIESZKO tugboats was signed. The vessel left the Shipyard in the afternoon and went to the War Port Authority in Gdynia, where it will be handed over. H-2 MIESZKO will enter the service in the Support Ships Division belonging to the 3rd Bolesław Szymon Romanowski Fleet of Ships.

Remontowa Shipbuidling SA from Remontowa Holding capital group is building six such vessels. The first two tugboats from the contracted six – H-11 Bolko and H-1 Gniewko – were handed over to the Ordering Party at the beginning of this year.

The fourth one, H-12 Semko is ready for the shipyard tethering tests. In turn, H-3 Leszko, the fifth tugboat in the series, is in the equipping phase, has the main engines installed, pipework and electrical works are in progress on it, while on the sixth vessel – H-13 Przemko, hull work is finished and will be prepared for launching at the turn of July and August.