Zodiak II handed over to the Maritime Office in Gdynia 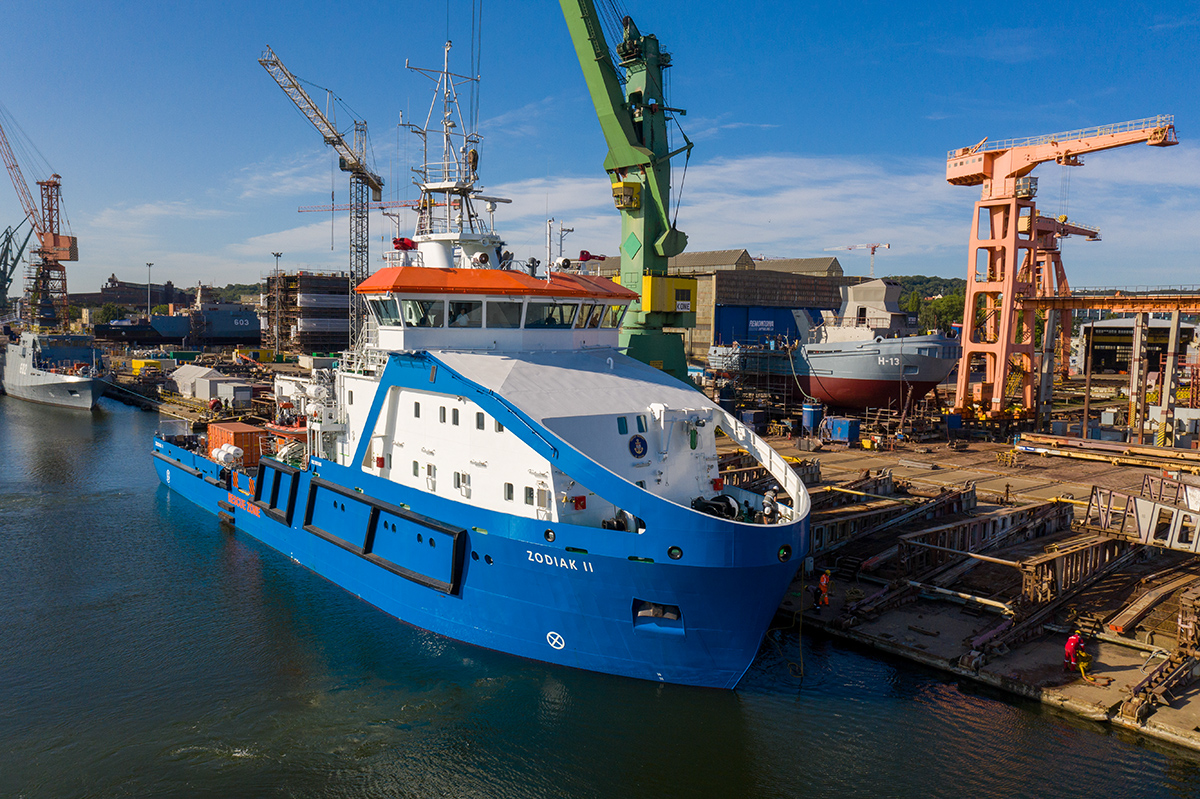 On Thursday 20th August this year, the ‘Zodiak II’ – a multi-purpose ship ordered by the Maritime Office in Szczecin – sailed out of the Remontowa Shipbuidling SA. The vessel built in the shipyard from the Remontowa Holding capital group was handed over to the recipient and will be operated by the maritime administration in Gdynia.

Zodiak II, construction number B 618/1, is the first of two twin units for the Maritime Offices in Gdynia and Szczecin. The launching of the second unit from the hull slipway took place in October last year.

Both ships, 60 m long, 13 m wide and with a draught of 3.5, will reach the speed of thirteen knots. They will be equipped with a diesel-electric propulsion system allowing for flexible use of power while performing various functions. They are designed, among other things, to transport, operate, replace, and control sea-going tides, carry out hydrographic measurements, towing works, fight against oil spills and ice breaking in water bodies. Additionally, they will be able to serve as support units for other services in sea rescue and firefighting.

They are being built according to the design of the Marine Design & Consulting Office from the Remontowa Holding group. The new ships will replace two 38 years old Planet and Zodiak vessels, which were commissioned in 1982.